Apply for Admission for PGD-LPGContact us
FacebookTwitterLinkedinInstagramYouTube
2018 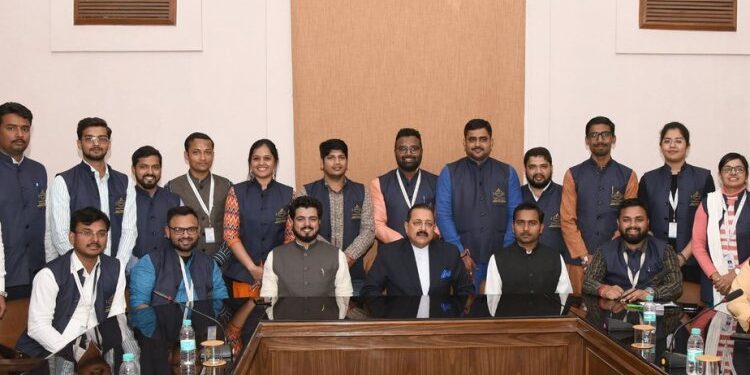 While interacting with the students, Dr Jitendra Singh said that the political leadership should work for the benefit of last man in the last queue i.e. the least privileged in the country. He said that India has become a world leader in the space science and growing economy where the country cannot ignore the aspirations of youth population of the country which consists of about 70% of the population. The youth will play a decisive role in future roadmap, he added. He added that youth in today’s world are more aware about the developments around them.

Dr Jitendra Singh said that technology plays an important role in the governance. The Government under the leadership of Prime Minister Shri Narendra Modi has utilised technology as a tool in e-governance, he added. Speaking on the role of decisive leadership, he said that the leader should be capable of taking strong decisions. He quoted examples of demonetisation and GST introduced by the Government in this regard. He also said that north east region (NER) of India is the priority of the Government and all efforts are being made to ensure that it does not lag behind other parts of country in the development process.

The Minister said that we are an evolving democracy and we have evolved through these 70 years post-independence. He said that the mindset of people has changed and now developmental issues are priority for them over past feudal mindset. The future leadership should keep these changing values in mind, he emphasised.

India facing crisis of having ‘no ideology’ at all, says Nitin Gadkari
July 2, 2018