Want to learn the art of politics? There’s a course for it 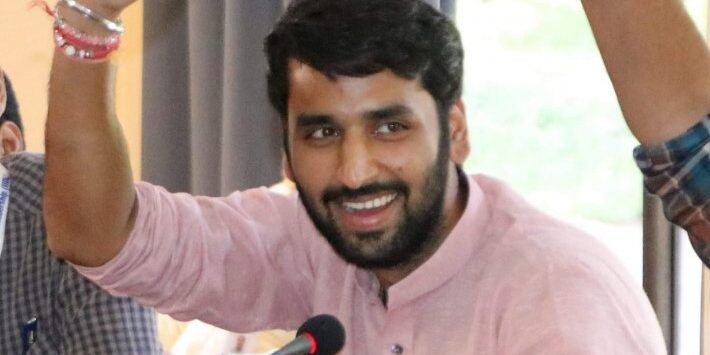 Twenty-five youngsters with dreams of becoming political leaders – or of contributing meaningfully to governance processes – have begun their exciting journey, in a formal setting of an education institute. The Indian Institute of Democratic Leadership (IIDL), of the Rambhau Mhalgi Prabodhini (RMP), Mumbai, launched the fifth batch of its Post-Graduate Diploma Course in Leadership, Politics and Governance. Students have come all the way from Arunachal Pradesh, Odisha, Uttarakhand and Kerala to learn the art of politics.

With democratic processes becoming engaging and participative, the youth are becoming aware of their rights and duties and aspire to play a proactive role in democracy. The government and political entities too are encouraging young talent to enter politics. The course curriculum at the IIDL is designed to produce trained, ethical and responsible leaders.

The nine-month full-time residential PG program is an inter-disciplinary course targeted at students and young professionals who wish to make a career in the field of politics, governance, public affairs, voluntary organisations and the development sector. It is approved by the Yashwantrao Chavan Maharashtra Open University. The minimum educational qualification is graduation and the age limit is 40 years. Each batch has 30 seats.

The course is designed by an academic body and structured in a trimester pattern. It is divided into two months modules each for leadership and management, politics and democracy and governance and public policy for both academic and experiential leaning. Students are taken on field visits to the parliament, state assemblies, municipal corporations, gram panchayats, voluntary organizations as well as developmental projects. Additionally, students are sent on two study tours; a short constituency tour for grassroots experience and a long national capital study tour to the Rashtrapati Bhavan, the parliament, offices of political parties, ministries, and they interact with ministers, MPs and national politicians across party lines. The teaching methodology includes use of surveys.

Lessons on the actual functioning of institutions are held through simulations of the model parliament and model United Nations. Students have to take two internships; a mid-semester internship in their home constituency and a major internship with a political leader, ministry, or voluntary/civil society organisation. With more than 250 experts as faculty from across the country to teach students, lectures are given by resource persons and field experts from across politics, industry, media and journalism, academics and arts.

“The institute receives around 300 applications every year. Candidates are asked to write a concept note on why they would to enroll in the course. While most want to join politics to contest elections, we teach them to understand their own individual strengths and accordingly decide if they want to work in a political organisation or enter active politics,” says Ravindra Sathe, Director General, RMP and Dean IIDL. “For those who want to enter politics, [we teach] what are the skills sets they need, what they need to do in actual politics, understand political history of India, the role of all national political parties as well as regional parties in the politics of the country, questions before the country, the Indian constitution, human rights… Students are told that doing the course does not mean they will get a ticket immediately but they will have to work for it.”

Sathe says that the course is generating interest in young women too. The first batch had only one female student, but the current batch has three – from Karnataka, Gujarat and Arunchal Pradesh.

Along with the Manipal Education and Medical Group, IIDL offers the Udaan Fellowship in which a student is paid a monthly stipend of Rs 22,000. During Covid-19, the 2020-21 batch of 26 delegates were taken to Assam during the assembly election. Students took part in election management, press affairs, political intelligence, speeches and so on.

Rohan Mahajan, 28, a student of the third batch who is now on a fellowship working with BJP national general secretary Tarun Chugh, says the course helped him identify areas in the political space and he found a holistic perceptive in the nine months.

“When I worked with MLAs Yogesh Sagar and Ramesh Thakur during the Maharashtra assembly elections, I came to know the legislative aspects and saw how the ground reality of politics works; getting people to understand the ideology and the policy of the party, how the party will help people and several other aspects that one does not understand in theory. During the course I visited a centre that had rescued children from human trafficking and saw how they were being rehabilitated… one does not get to experience this in a degree college,” says Mahajan.

“As Tarun Chugh is in charge of Telangana, I went for by-elections in Nagararjuna Sagar. It was a completely different experience for someone coming from north India. I understood the cultural diversity, their language, problems, areas of candidature and how elections are conducted. Working in organisational space I learnt how campaigns actually work with the manpower involved; how the top leadership works through organisational set-ups of state, district, mandals and booths and how entire manpower comes together in a single campaign successfully,” he adds.

While his batchmates are working with state BJP offices, ministries, Niti Ayog and in other political projects, Mahajan who finished his MBA in Sustainable Business Development from TERI, Delhi, and worked in the corporate sector before joining the course, adds that with top faculty from the country coming to deliver lessons, it has been a life-changing and warm experience. “The organisational experience of working with such a senior leader is an experience of a lifetime as it is not easy to get in such spaces. Only people who are very hardworking, open to working in adversities and have the imagination and creativity of new India can sustain here.”

Since 1982, the RMP, a development academy and a one-of-its-kind institution across south Asia, has been training, nurturing and building capacity of elected representatives, social workers and people running institutions, organisations and start-ups. It also conducts on-spot studies, surveys, research and public awareness activities. In 2006, the United Nations Economic and Social Council recognised the RMP as an NGO with a special consultative status. Since 2002, the RMP International Cell has been working for development of international relations with democratic countries and jointly conducting programmes.

AIC, another initiative of the RMP, is now also mentoring 30 startups across sectors like agriculture, ICT and education. After prime minister Narendra Modi’s call that that not only government organisations but academic institutions and NGOs must also mentor new businesses, the AIC has now been approved by the Niti Aayog, which also provides seed funds to startups.