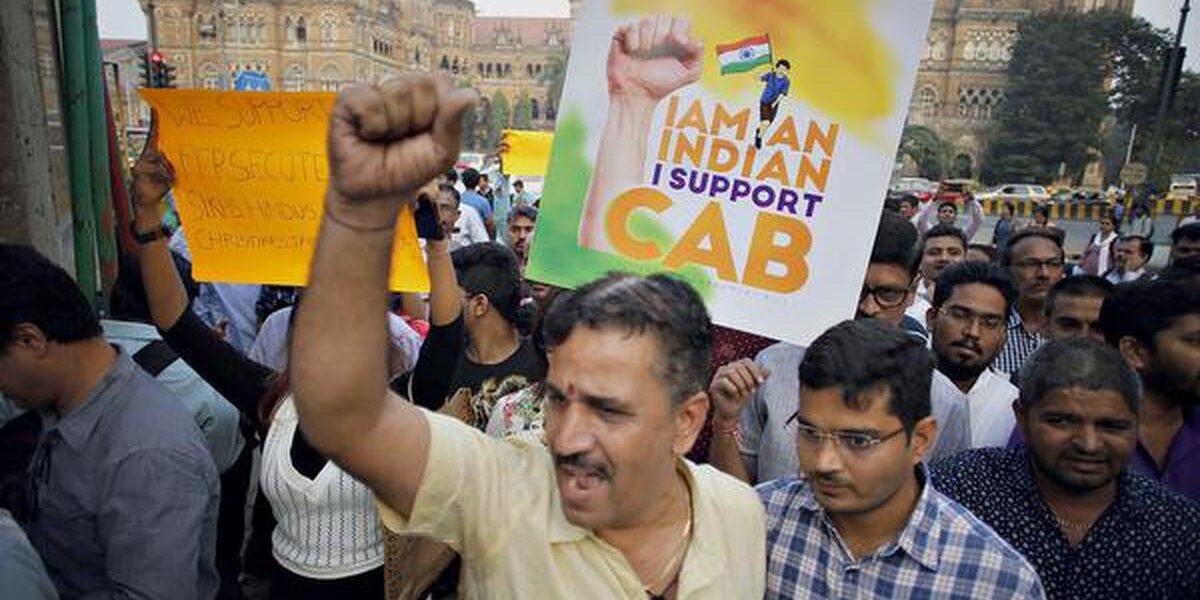 While August Kranti Maidan was full of people opposing the Citizenship Amendment Act (CAA) on Thursday, several others backing the government’s move came together near the Chhatrapati Shivaji Maharaj Terminus (CSMT). Around 150 protesters, who gathered at Churchgate, marched to CSMT raising slogans against Kanhaiya Kumar and Umar Khalid.

The protesters shouted in a Hindi chorus, and said, ‘ CAA toh abhi jhanki hai , NRC abhi baki hai ’ (CAA is just the beginning, NRC is yet to be implemented), and carried placards reading ‘Mumbai with CAA’.

They also raised slogans in support of Prime Minister Narendra Modi and Home Minister Amit Shah. The agitation was organised by members of Rambhau Mhalgai Prabodhini and Indian Institute of Democratic Leadership to oppose the protest held at August Kranti Maidan.

Anendlu Mishra, a Dadar resident, said people are unaware of what the CAA is so they are opposing it. “The CAA being anti-Muslim is a complete myth. Any foreigner of any religion from any country can apply for Indian citizenship as per the existing provisions of the Citizenship Act 1955.”

Another protester, Indrajeet Sonawane, said the demonstrations against the CAA are rather a war against the nation. “The Act has been implemented after a proper discussion in Parliament. The Act nowhere discriminates against Muslims or any other religion for that matter.”

The protesters also questioned what the problem is in saving Hindus who are stuck in neighbouring Islamic countries. “Our Hindu brothers and sisters are being tortured in Islamic countries. This Act ensures their safety in case they come to India,” Mr. Sonawane said.

A student from IIT-Bombay claimed a majority of the students at the institute are pro-CAA. “The protests which were held by students of IIT-B only had 100 participants, even though the total number is around 10,000. So, why did the rest of the students not join in?” the student asked without wanting to be identified.

Rajesh Mishra, a resident of Byculla, said the videos and reports showcasing protests of various degrees, including violence and vandalisation of property, do not highlight emotions of the common man. “These videos are a coordinated effort to destabilise the community and spread chaos.”

A Borivali resident who is a financial advisor with a private company spoke about his concerns of wastage of the public money by protesters. “Damaging public property is wasting a tax payer’s hard-earned money. Whatever action the police took was completely justified as the activities of the protesters were against the laws of the country.”