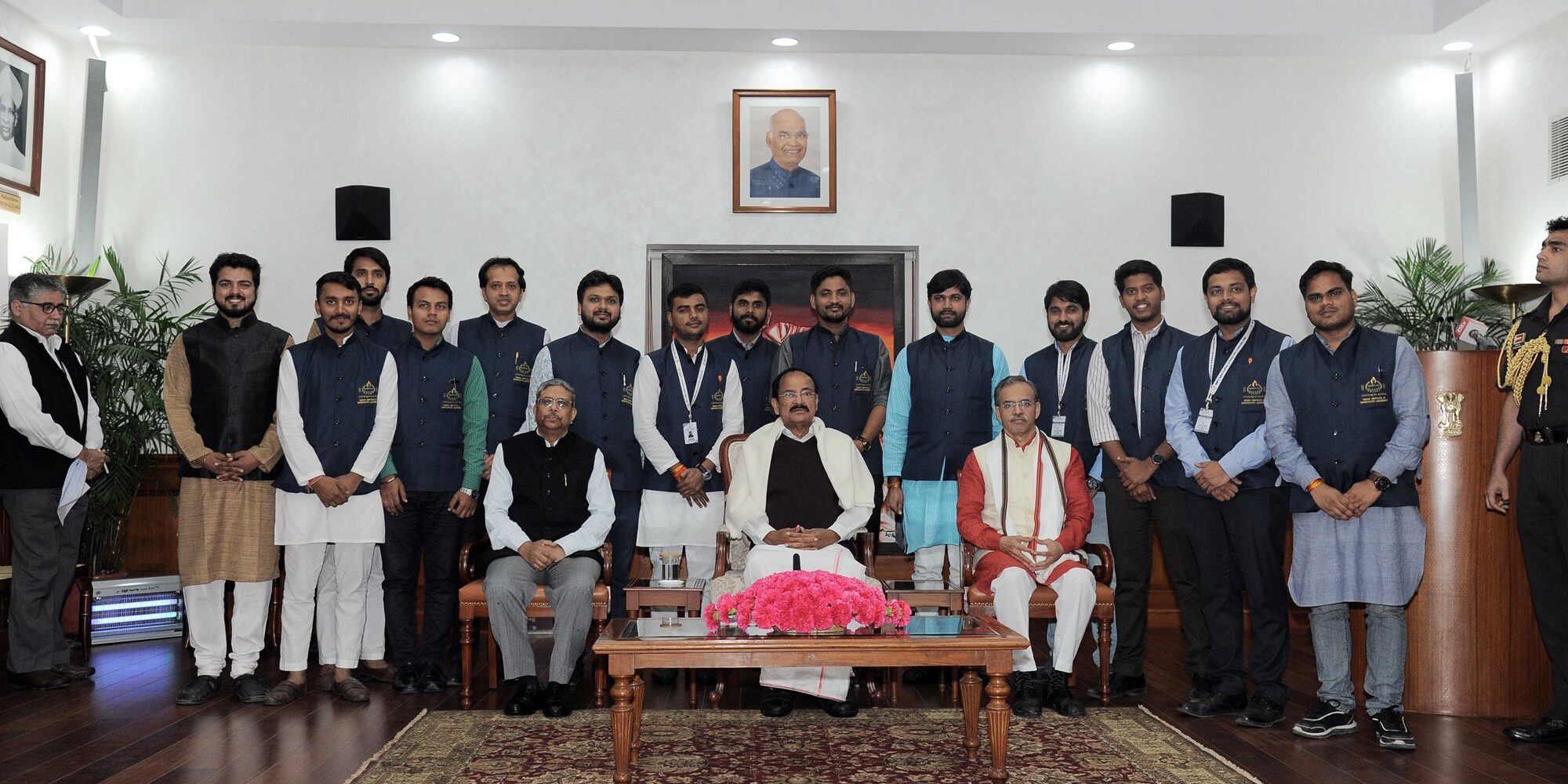 The Vice President, Shri M. Venkaiah Naidu today emphasised the importance of world peace for humanity’s progress and said that “terrorism, divisiveness and hatred have no place in a civilised society”.

Interacting with students of the Indian Institute of Democratic Leadership at Upa-Rashtrapati Nivas, Shri Naidu reiterated that Indians are not only proud of their own culture, but also respect all cultures and religions. “We believe in Vasudhaiva Kutumbakam (the whole world is one family)”, he added.

He said that India is the most secular country in the world and anybody, irrespective of his or her religion, could occupy the highest constitutional post. Emphasizing the importance of unity in diversity, he said that “share and care is the core value of Indian civilisation.”

Shri Naidu decried denigrating any religion or religious icons saying it is against Indian culture, which believes in pluralism and inclusiveness. “One should not make any hate speech or derogatory comments against any religion. It is not acceptable”, the Vice President said.

Replying to a wide range of questions from the students, Shri Naidu said that while protest is a democratic right, resorting to violent means would harm the nation’s interests.

Expressing his concern over disruptions in legislatures, he said the way forward should be to “discuss, debate and decide” and not disrupt. He added that “parties should introspect whether they are strengthening or weakening democracy (on disruptions)”. He urged the media to refrain from highlighting unruly behaviour in legislatures, but to give prominence to constructive debates.

The Vice President batted for giving women adequate representation in all fields, including politics.

Addressing the students on the qualities needed in leadership, he said that in public life, one has to be disciplined and dedicated to the cause of the people. “More than ideology, ideal behaviour is important”, he stressed. He also emphasised the importance of teamwork, good communication skills and frequent interaction with the people in becoming a good leader.